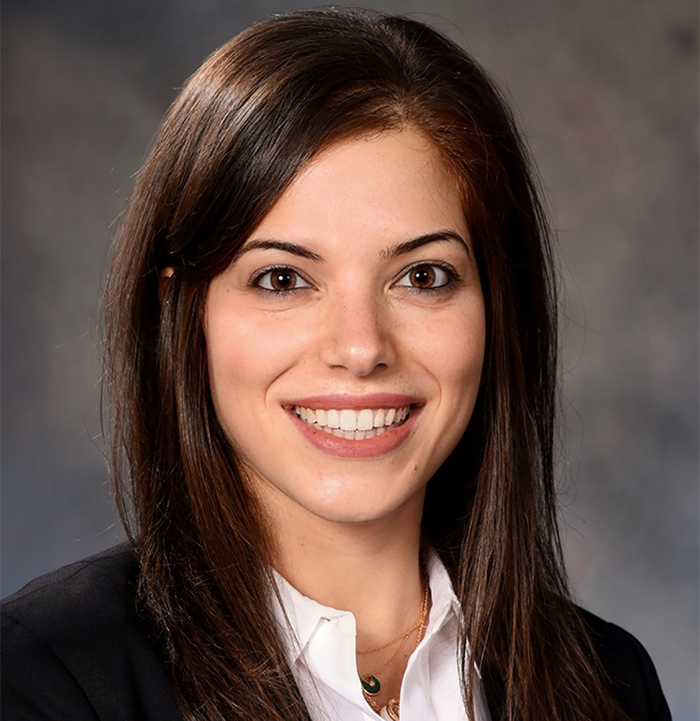 Riwa Sabbagh, MD is a Reproductive Fellow at Boston IVF and a member of the American Society for Reproductive Medicine. She specializes in all aspects of fertility care.

Riwa Sabbagh, MD, is a valuable member of the Boston IVF physician team, where she routinely performs IVF retrievals and other procedures that are integral to a patient’s success.

She graduated with distinction from the American University of Beirut, with a major in Biology and later completed her medical degree at American University. After graduating from medical school, she spent two years working in the Reproductive Endocrinology Unit at Massachusetts General Hospital, expanding her knowledge in reproduction. She was part of the hospital’s Biomedical Research Career Award Program.

Dr. Sabbagh spent an equal amount of time learning about translation medicine in didactic sessions and was directly involved in several research projects. She engaged in cutting-edge research in translational medicine, particularly in gene discovery related to hypogonadotropic hypogonadism.

Dr. Sabbagh completed her four-year residency in Obstetrics and Gynecology at Baylor College of Medicine in Houston, Texas. She had the privilege of having hands-on experience on high volume, high acuity patients and mentoring from faculty members from all sub-specialties, all of which have built in her the confidence and capability of providing the best care possible to her patients.

During her residency, she worked on prenatal genetic testing in the lab of one of the human genetic specialists at Baylor College of Medicine. She spent time in the embryology lab working on morphology in mouse embryos, further preparing her for the world of a fertility specialist.

She has presented her work at several national conferences, including the American College of Medical Genetics and the Society for Reproductive Investigation.

As a native Lebanese, she is fluent in Arabic and French and proficient in Spanish, which has helped her interact and communicate with patients from various backgrounds.

In her spare time, she enjoys staying active, traveling, and exploring new restaurants.

Boston IVF, one of the world’s most experienced fertility treatment providers, which has assisted in over 125,000 babies born since 1986 and is known for achieving some of the highest IVF success rates in the country, is pleased to announce the addition of a fertility doctor, Sara Arian MD, MSci to its national fertility network and local fertility clinic in Quincy, MA.