Polycystic Ovary Syndrome (PCOS) is the most common ovulatory disorder for women.

Although PCOS often affects or disrupts a woman's menstrual cycle, the reality is that PCOS is highly treatable and most women who seek care should be able to get pregnant through lifestyle changes, modest weight loss, basic infertility treatments and medication.

Normally, during a woman's menstrual cycle, many small follicles grow in a woman's ovaries and form eggs. At mid-cycle, or ovulation, one egg is released from one of the ovaries, and each of the other follicles break down.

For women with PCOS, ovulation does not occur properly and an egg is not released. The follicles don't break down, and instead fill with fluid and turn into cysts on the ovaries, hence the name poly-cystic ovarian syndrome. The cysts are not harmful, but lead to hormone imbalances that can negatively affect fertility if left untreated.

Higher than normal levels of insulin are believed to stimulate the ovary to produce excess testosterone, thereby altering the level of other hormones and impairing ovulation.

The symptoms associated with PCOS vary from patient to patient, but many of these symptoms are rooted in the presence of excess male hormone (androgen) production. Some common symptoms that occur in women include:

Hormonal imbalances pave the way for many of the symptoms associated with PCOS. Women with PCOS have an irregular production of follicle-stimulating hormone (FSH) and luteinizing hormone (LH), resulting in limited egg development and an increase in testosterone and other typically male hormones.

For this reason, we use blood testing to check hormones as a diagnostic test for PCOS.

In many people, insulin activity works efficiently. But with insulin resistance, the cells are not as sensitive to insulin, stimulating the pancreas to secrete extra insulin in an attempt to keep blood sugars normal. It's this excess circulating insulin that is thought to trigger many of the hormonal changes seen in PCOS.

Weight loss of as little as 10% can enhance a woman's chances of conceiving by normalizing sex hormone levels.

Boston IVF's PCOS Program is beneficial for women who have been previously diagnosed or suspect they have PCOS and are having trouble getting pregnant.

Our program brings together a personal team who diagnoses and successfully treats more than 200 cases per year and has the ability to maximize your overall health and fertility success.

All PCOS patients at Boston IVF are strongly advised to meet with Hillary Wright, MEd, RD, LDN - the Director of Nutritional Counseling at Boston IVF and author of The PCOS Diet Plan: A Natural Approach to Health for Women with Polycystic Ovary Syndrome.

A registered and licensed dietitian with a Master's degree in Health education from Boston University, Hillary has over 18 years of experience counseling clients on diet and lifestyle change in relation to PCOS.

The first step towards confronting PCOS is to schedule an appointment with a Boston IVF physician -- who will conduct a wide-ranging history and examination that focuses on the patient's hormonal and metabolic abnormalities.

At this consultation, a comprehensive treatment plan will be implemented and the decision may be made for the patient to undergo further testing depending upon their symptoms.

There is no specific test to diagnose PCOS. Women with irregular menstrual cycles may be diagnosed when blood tests and physical symptoms suggest they have elevated levels of male hormone, or when the typical PCOS pattern is noted on an ultrasound.

Many women are diagnosed with PCOS after being evaluated for miscarriages and infertility.

Your medical history and a pelvic exam are necessary components for your doctor to be able to diagnose PCOS, though additional tests are often necessary to confirm the diagnosis. Blood testing to check hormones are also crucial.

Your final diagnosis is based on the combination of clinical, ultrasound, and laboratory components, including one or more of the following:

Treatment plans for PCOS are dependent on your unique individual needs.

Diet and exercise often allows women to successfully manage some of the general symptoms of PCOS, but increasing fertility often requires treatment with some type of ovulation induction medication (clomiphene citrate, or gonadotropin therapy) in addition to metformin in order to achieve ovulation and pregnancy.

Your Boston IVF doctor and clinical team will work with you to develop an individualized treatment plan to set you on your chosen path to growing your family. Some treatments include: 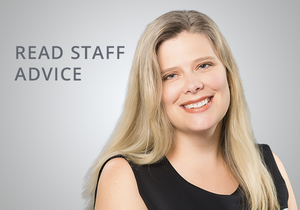 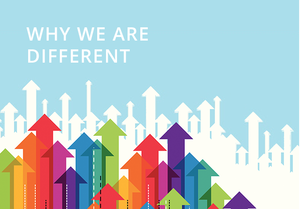 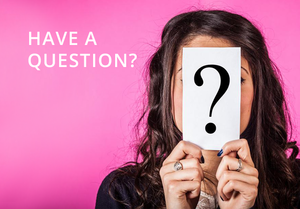