BEDFORD, NH — The state’s first freestanding fertility center and in vitro fertilization laboratory is expected to open its doors next year in Bedford.

The new center will be an expansion of the existing Boston IVF satellite office at 18 Constitution Drive in Bedford but will offer a full-service array of fertility tests and treatments.

“We have a lot of patients who travel out of the state now for these types of services,” said Dr. Kristen Wright, a reproductive endocrinologist who will lead Boston IVF’s new center and lab in Bedford.

The expansion of the Bedford site was warranted after the approval of SB279, a state law that now requires group insurance plans to cover the diagnosis and treatment of fertility-related conditions for patients, according to Wright.

The new center will also cover fertility preservation for patients who undergo treatments that may affect their ability to have children.

“This means that New Hampshire patients will be able to have their families,” Wright said of SB279.

Although there are many new patient visits from couples who would like to proceed with fertility treatments, many do not pursue their dreams because of the cost. While cost has been a deterrent in the past, Wright said the new law will likely open a door that has been closed for many couples in the Granite State.

One out of six couples have difficulty conceiving, according to Wright, who said the problem is much more common than people realize.

“There are many people who I think will benefit from this law,” she said.

The square footage of the space on Constitution Drive will expand, and a laboratory will also be constructed for the new facility. Additional employees will be hired to fulfill the demand for services, including nurses, medical assistants and embryologists, Wright said.

“Our plan is to start building the latter half of this year, with an opening in 2020,” she said. “This is very favorable for the community because it is a needed service. We think this is very positive.”

Currently, the Bedford satellite office conducts ultrasounds and limited procedures, but anyone seeking IVF procedures must travel out of state. Those services will now be available in southern New Hampshire.

“We owe a tremendous amount of thanks to organizations like Resolve of New England and Fertility Within Reach, to our current and former fertility patients, Boston IVF doctors and nurses and countless others who testified before the House and Senate or wrote such heartfelt letters on behalf of the legislation, and everyone in New Hampshire who someday may require fertility care,” Dr. Michael Alper, Boston IVF co-founder, said in a statement.

“None of this would be possible if not for the hard work and advocacy of so many.”

According to a news release, more than 90,000 babies have been born since 1986 with assistance from the Boston IVF fertility network, which has 29 locations throughout New England. 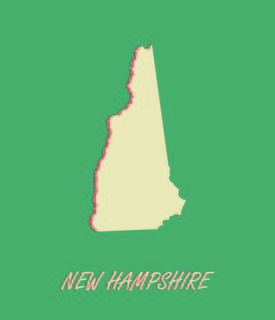