With mixed emotion and much admiration, we would like to share that Dr. Merle Berger – our esteemed colleague, friend, and co-founder of Boston IVF – has announced his retirement after a truly amazing career.

Dr. Berger co-founded Boston IVF more than 30 years ago and had the vision to establish an outpatient IVF center located outside of a hospital (at our former One Brookline Place office). At the time, the idea was quite controversial.

It took focus and vision to see the advantages of a freestanding, highly specialized IVF center. He weathered the storm of criticism and doubt that initially emanated from the academic world – and in short time the new company (named Boston IVF) quickly was recognized as one of the best providers in the field and one of the most prolific research and academic IVF centers in the country.

Dr. Berger’s career is essentially the history of IVF in America. In fact, he has written a new book titled, “Conception: A Fertility Doctor’s Memoir” - which describes his life, the history of IVF, and co-founding Boston IVF. It’s a fantastic read if you would like to get a history lesson on reproductive medicine. “Conception: A Fertility Doctor’s Memoir” is now available for purchase on Amazon.

Dr. Berger is a special person to all of us at Boston IVF. We will miss his clinical perspectives, experience, view of the world, and most of all – his unwavered support for patients and the fertility treatment network he played such an important role in creating.

In honor of his well-deserved retirement, we recently sat down with Dr. Berger to get some added perspective on his career.

What did the fertility treatment “landscape” look like locally and nationally when you began practicing medicine in the early 1970’s?

Merle Berger, MD
By 1971, I was finished training. The available treatments were induction of ovulation of oligo or anovulatory patients, surgery for pelvic disorders, and artificial insemination for male factor. There were many things we could not treat well back then. We tested a lot hoping the patients would conceive spontaneously.

When you co-founded Boston IVF in 1986, many in the medical and academic world thought that opening up an IVF center outside of a hospital was absolutely crazy. Why did people think it was such a far-fetched idea back then?

Merle Berger, MD
There were virtually no outpatient surgical facilities on the East Coast. The prevailing thought of many was that it was too dangerous to have a free-standing center, in case of an emergency. We knew that if we followed proper treatment guidelines and put our patient’s safety first (like we always had), we’d be able to offer people a unique, safe experience in an atmosphere that wasn’t as stressful as a hospital.

Have any patients truly inspired you over your career?

Merle Berger, MD
One of my favorite patients was "Melissa." This is going back at least 25 years, where I helped her and her husband have the first IVF surrogate pregnancy on the East Coast. She later started the first reproductive law practice in the USA and has helped hundreds of other couples build their own families. It's an amazing, inspiring story.

You have contributed to and been a part of so many discoveries in our field. Any memories stand out from the early days conducting research in the lab that you look back on as being cool, exciting and groundbreaking?

Merle Berger, MD
I worked alongside Dr. Melvin Taymor (my boss, mentor, and a true legend in reproductive medicine) in helping women to ovulate with gonadotropins. It’s commonplace now, but it wasn’t back then. What an exciting moment to be a part of. Other exciting moments involved discovering the relationship between DES exposure in utero and reproductive problems – and developing blood tests for hormones.

Fertility treatments have certainly changed over the years and you’ve had a front-row seat during all of it. If you had to guess, what’s the next big breakthrough that will eventually become a mainstay in fertility care for years to come?

It must be so rewarding to see how far Boston IVF has evolved since you co-founded the company. What makes you most proud about Boston IVF?

Merle Berger, MD
I can list hundreds of reasons. The level of care we provide. The technologies we have introduced to the field of reproductive medicine. The passion my colleagues and I have for helping our patients achieve their dream of becoming a parent. I’m also so proud of being one of the founders of this organization and seeing how much it has developed over the last 30 years. We originated as a small group practice and have grown into an internationally-renowned fertility network that treats patients uniquely, just as we did 30+ years ago.

You wrote a book that chronicles your life and career in medicine. What made you want to take on this project?

Merle Berger, MD
Quite simply, because I realized that I was in a unique position, being one of the few still practicing reproductive endocrinologists who was there from the beginning. I began practicing infertility 14 years before the first IVF baby was born in the USA. I’ve witnessed and participated in some of the most important moments in IVF history. Our field really has an amazing history that has led to millions and millions of happy moments and loving families.

Any parting words of advice to patients who are just beginning their fertility journey?

Merle Berger, MD
Do the three routine tests, go to IVF sooner rather than later – and always (or almost always) transfer one embryo.

What are your plans for retirement? Have any hobbies or interests that will keep you busy?

Merle Berger, MD
I love to cook, play tennis, boat, and cherish my friends and family. I'm looking forward to ALL OF IT!

Back in June, 2020 – Boston IVF announced the results of its COVID-19 Pandemic Stress study – which shows that infertility remains a top “stressor” for patients, even in a COVID-19 pandemic world. 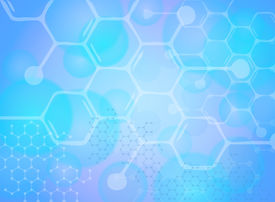 EIGHT Boston IVF physicians named as the top fertility doctors in Boston for 2020 by Boston Magazine!